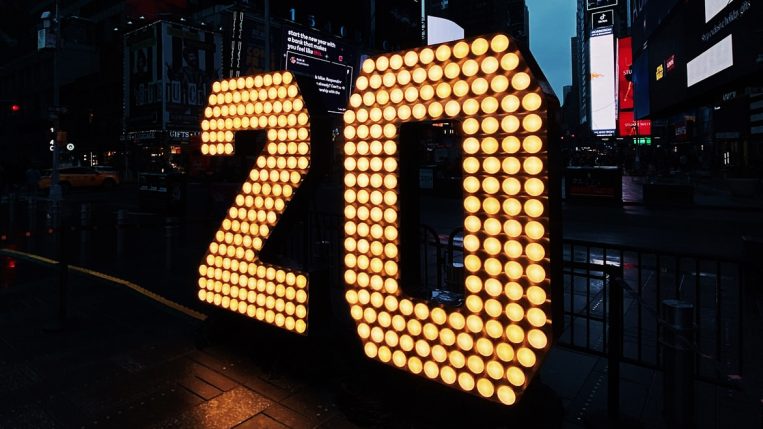 We’re heading into another decade of the swinging ‘20s and there’s so much in store! Whilst the UK serves up plenty of arts and culture events throughout every year, we’re certain that a brand-new decade will bring an abundance of fantastic happenings and important anniversaries to celebrate. Check out a few of our 2020 highlights.

Celebrating 125 Years of the National Trust
National Trust is one of the UK’s biggest charities, their sites make up a huge part of the UK’s history and heritage, with over 500 heritage properties being owned, maintained and run by the charity. The charity was started in 1895 and is celebrating its 125th anniversary in 2020, culminating in some huge fundraising events for various properties on the beautiful English Riviera. Aiming to raise £125,000 through crowdfunding and individual fundraising, the trust is aiming to restore Agatha Christie’s summerhouse at Greenway, create an accessible all-weather path at Coleton Fishacre, restore the woodlands paths at Bradley Manor and finally create garden seating at Compton Castle. To support this cause then head to their Just Giving page to donate or click here for information on how you can help raise funds.

The English National Ballet’s 70th Anniversary
There’s another big anniversary for arts and culture next year, the English National Ballet are celebrating their 70th Anniversary! Originally started as the London Festival Ballet company in 1950, the group was started by Ballets Russes dancers Dame Alicia Markova and Sir Anton Dolin with a small troupe of British dancers. The company has grown in size and reputation in the past 70-years, touring the UK and worldwide to bring both classic and modern ballet to the masses. Celebrate the momentous anniversary with a Gala at the London Coliseum this January. Performing three shows over two days, the production will merge archive footage of the company over the years with live performances of some of their most iconic dances.

Glastonbury Festival Turns 50
2020’s biggest music event will, no doubt, be Glastonbury Festival’s 50th anniversary. The world-famous contemporary performing arts festival began in 1970 with a headline performance by Led Zeppelin. Since then it’s grown into one of the biggest festivals in the world, organised by the owner of Worthy Farm, Michael Eavis, and his daughter Emily. Tickets to the festival are notoriously hard to procure, with the 2020 weekend selling out in just 34 minutes! Whilst the line-up won’t be announced until the new year, Sir Paul McCartney has already confirmed as a headliner, and the iconic Diana Ross will be playing the Sunday afternoon legends slot. Despite waiting for another 700 acts to be announced, we can assure you that it’s set to be an unforgettable weekend. The 40th Anniversary in 2010 say Stevie Wonder sing Happy Birthday to the festival alongside Michael Eavis himself, so we’re sure the father-daughter pair have something up their sleeve to make this year even better.

Japan-UK Season of Culture
Whilst this event started in 2019, the Japan-UK Season of Culture will most certainly be one of the UK’s biggest cultural events throughout 2020. Those who put two-and-two together will realise that this coincides with the 2020 Olympic and Paralympic Games which will be hosted in Tokyo, as well as the Rugby World Cup which was hosted there in 2019. These events aim to put Japan’s multifaceted attractions into the limelight and encourage a mutual understanding that will help create an enduring legacy. You may have already noticed Japanese events taking place at institutions across the UK, with Art & Design, Theatre, Film, Academia, Business and Sport all being widely presented. Notable events include an exhibition of work by Taki Katei at Liverpool’s World Museum and an unforgettable performance of Madama Butterfly featuring the Japanese soprano Eri Nakamura at Manchester’s Bridgewater Hall (amongst many other exciting events!)

VE Day 75th Anniversary
May 2020 will see the UK celebrate the 75th anniversary of VE Day with a Friday Bank Holiday! The first May Day Bank Holiday will be swapped from Monday 4th to Friday 8th May giving people the chance to enjoy a ‘shared moment of celebration’. Victory in Europe (VE) Day took place on 8 May 1945 and marked the surrender of Nazi Germany and the end of WWII. Celebrations took to the streets of the UK when the fighting stopped, creating VE Day. The 75th anniversary is a chance to remember the sacrifices made by many throughout both World Wars, and sacrifices that continue to be made to ensure our freedom. Extended licensing hours will be granted to pubs, clubs, restaurants and hotels to ensure as many people as possible get chance to celebrate this historic event over the weekend of 8 – 10 May 2020.

Theatre 2020
Two (very different) classics are not to be missed in 2020 as we see 90’s classic Sister Act arrive at the Apollo and the 60’s classic novel To Kill A Mockingbird land on stage at the Gielgud Theatre. Sister Act at Apollo Hammersmith Academy award winner Whoopi Goldberg will be shaking her tail feather as Deloris in her first ever live performance of Sister Act. Jennifer Saunders will be right by Whoopi’s side as Mother Superior. To Kill A Mockingbird at Gielgud Theatre TV legend Aaron Sorkin’s play adaptation of Harper Lee’s seminal novel To Kill A Mockingbird has delighted Broadway audiences. Now it’s coming to the West End this spring! Rhys Ifans will star as the iconic Atticus Finch.  You can check out our full round up of the shows to catch in 2020 here.